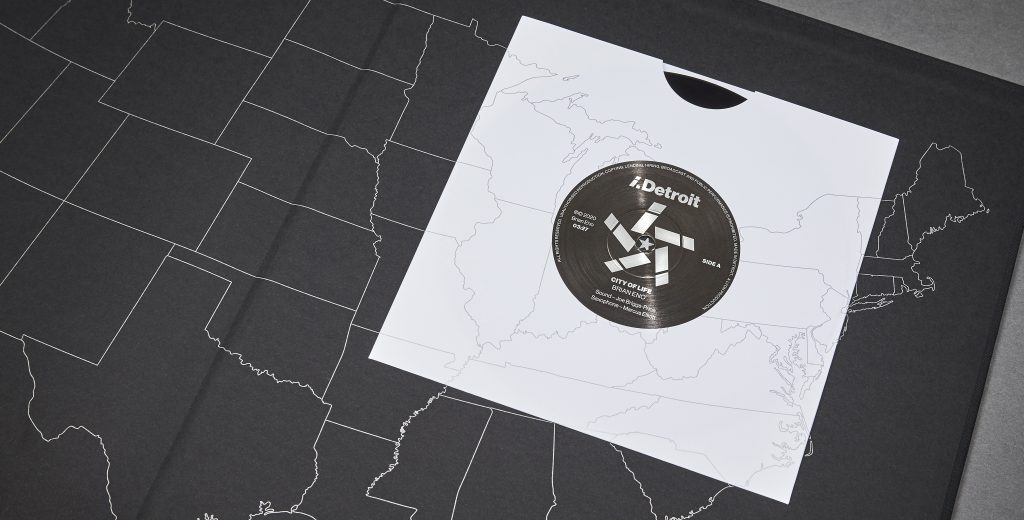 The tracks were pressed into a AA Single 45rpm which accompanies the limited edition i.Detroit – A Human Atlas of an American City book, they can also be enjoyed by scanning the front and back covers of the book using the interactive i.Detroit app designed by Studio Sutherl&.